Dr Cobus van Dyk is a matiealumni that started and completed his studies here at SU all in the space of 10 years. He started his undergraduate degree (BEng) in Civil Engineering in 1998 and obtained a doctoral degree in 2008 where he received the H.L. Reitz medal for the best postgraduate student in the department. Currently he is working at UWP where he is blossoming and is already a principal engineering in a short space of time. Dr Cobus van Dyk was awarded the Young Engineer of the Year award at the SAICE awards dinner held in Durban on 16 October 2014. The award is sponsored by the University of Pretoria.

Dr Peter Day wins the Engineer of the Year award

Dr Peter Day is a renowned civil engineer that received a DEng in 2013 from SU for his contribution to the field. Peter is currently working at Jones and Wagener but has also joined SU and is lecturing postgraduate students orientating their studies in the field of geotechnical engineering. Peter recently received the Engineer of the Year award at the SAICE awards dinner held in Durban on 16 October 2014. 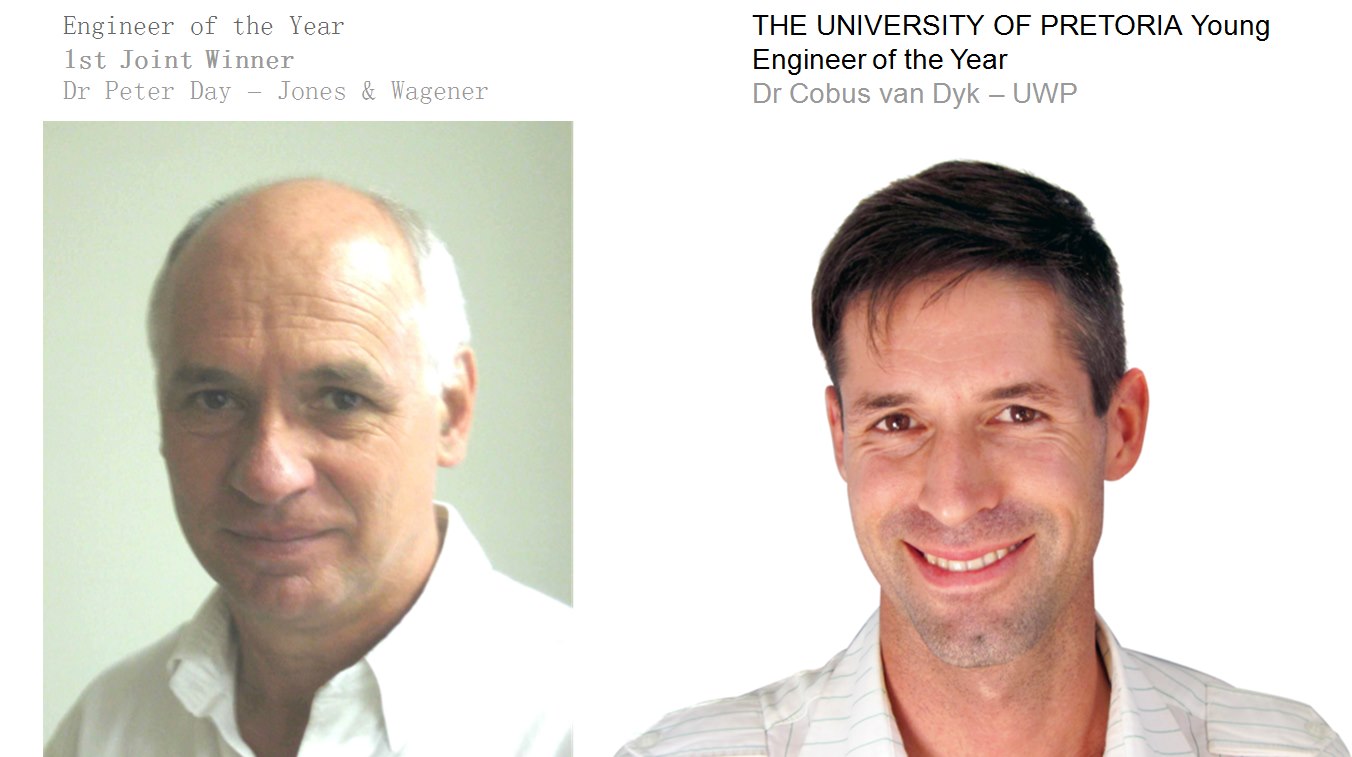 Contact us
We have moved temporarily due to renovations to:
LGS Decanting Building (next to CSIR)
Hammanshand Road
Stellenbosch 7599
Click here for more contact info
Copyright © 2021 Civil Engineering | Stellenbosch University All rights reserved. | Website by: Go2Websites.